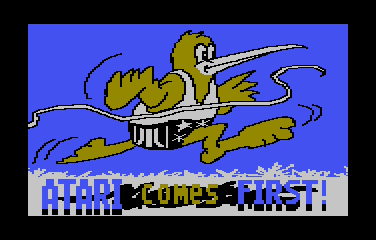 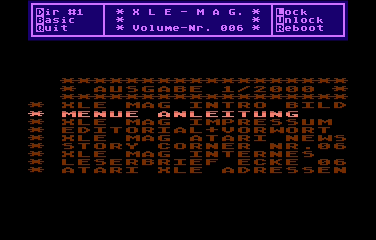 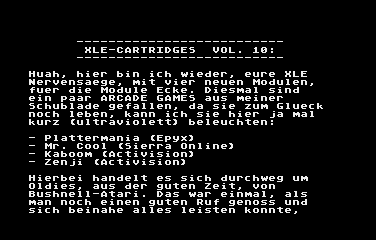 At one time Armin wanted me to continue his AMC magazine, but since I was and
still am no programmer, I could not do that. Many things of his magazine are
programmed in Assembler and the disk magazine pages use a special format or
layout (and no standard ASCII / ATASCII text) which was quite awkward to
generate with a special editor…

In 1999 (one year after Armin had died) I therefore began publishing the
XLE-Mag, a german disk-magazine with mainly texts (reviews, tests,
special-themes, etc.). I was very active and productive with that magazine,
writing texts, converting pictures / screenshots (e.g. from Lynx and Jaguar
games that had been reviewed into 256-colour A8 pictures) and whatnot. But
alas, the interest was not there, I started with approx. 10 subscriptions in
the first year, then 20 subscriptions in the second year and in the third and
last year I reached 10 subscriptions again… so I gave up and ended the
magazine.

Attached you can find all 12 issues of the XLE-Mag. from 1999-2001, which
originally should have been the continuation of the AMC magazine. But as you
can see, the XLE-Mag has abolutely nothing in common with the AMC magazine !
The magazine uses SS/DD (180k) or DOS 2.0d format, thus it requires a
floppy-drive that can read DD/180k, it can be booted with or without Basic…
and it uses german language…

Nowadays, I am preparing the disks for the P.A.M. (Proc Atari Magazine), as
well as the german Return-Magazin…