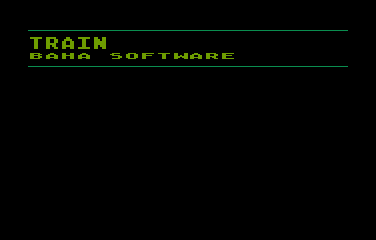 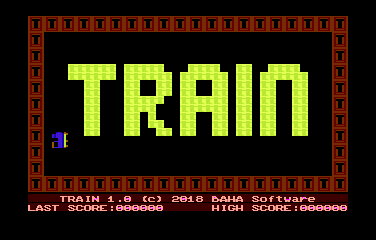 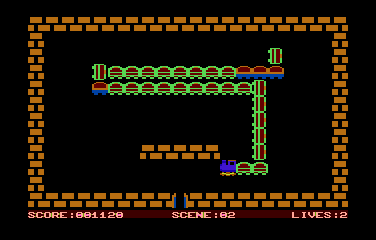 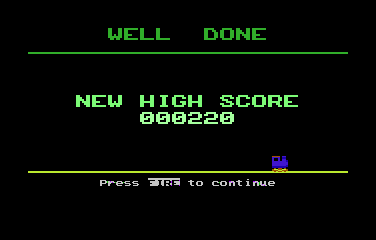 The BAHA SOFTWARE group (a brand for collaborative efforts of BAKTRA Software and HardCore) from the Czech Republic presents its second game for Atari 8-bit computers named TRAIN. Train is a port of the Vlak game for IBM PCs from 1993 created by Miroslav Němeček.

The Game
You are a cargo train driver and your mission is to collect and load all items on the screen. For every item loaded, the train is elongated by one car. During the run, you must not collide with any obstacles or with the cars of your own train. When you load all items, a gate opens and you can proceed to the next screen.

To win the game, you must finish all 50 screens. You also play for a high score.

You begin the game with three lives. For each item collected and loaded, you are given 10 points. If you finish a screen, you are awarded 200 points for each remaining life. If you lose a life, 300 points is deducted from your score (a payment for the lost cargo). You get a new life for each 5000 points. The game ends when you lose all lives. A new game can begin from any screen you have already reached.

System Requirements
Atari 8-bit computer with 48 KB of RAM, one joystick.The stereo upgrade is supported, but not required. The game is NTSC tolerant.