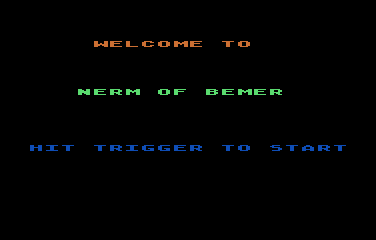 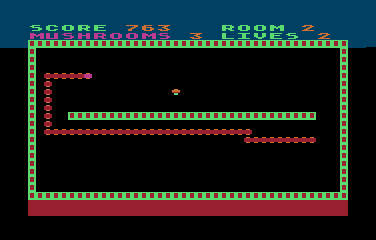 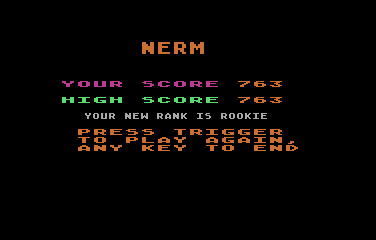 Nerm the worm is lost in Bemer Castle and needs your help to get home. You must guide him through 11 rooms and help him find magic mushrooms to eat along the way. The journey is a navigator’s nightmare, because you never know where the next mushroom will grow, and if Nerm hits a wall or gets trapped by his tail, he loses one of his lives.